Carina is a principal in Kitch Drutchas Wagner Valitutti & Sherbrook’s Detroit office. She focuses her practice on commercial and construction litigation marijuana and industrial hemp.  Ms. Kraatz also has a background in intellectual property and bankruptcy issues. Ms. Kraatz’s intellectual property practice includes patent and trademark prosecution and litigation on a variety of issues including image misappropriation and infringement.

Ms. Kraatz received her J.D. from the University of Detroit Mercy School of Law in Detroit, Michigan and her LL.B from the University of Windsor Faculty of Law in Ontario, Canada.  She is admitted to the U.S. District Courts of Eastern and Western Michigan as well as being registered to practice before the United States Patent and Trademark Office. She has also litigated matters in the Northern and Southern Districts of Indiana as well as Iowa state and federal courts.

Ms. Kraatz was named a Rising Star in 2019 and 2020 by Super Lawyers and has also received Pro Bono Awards from the United States Bankruptcy Court for the Eastern District of Michigan and the Detroit Bar Association for her community engagement.

John Sier concentrates his practice in dispute avoidance and resolution of commercial, healthcare and construction contract issues as head of Kitch Drutchas Wagner Valitutti & Sherbrook’s construction and commercial litigation group.  In the construction industry, he has experience in analyzing legal  aspects of various project delivery methods including drafting construction contracts as well as assisting in dispute resolution and project completion. John has published articles and presented seminars on construction, healthcare and commercial issues across the country.  Following his graduation from Drake University Law School and Graduate School in 1986, he established his practice in Detroit, Michigan, from where he continues to serve clients in various parts of North America. In addition to being a Certified Mediator and serving on the AAA Panel of Construction Neutrals, he is active with several organizations, including the State Bar of Michigan, Iowa Bar Association, Detroit Metropolitan Bar Association, Catholic Lawyers Society, Associated general Contractors, Construction Association of Michigan, Construction Specifications Institute, Building Owners and Managers Association of Metropolitan Detroit, Construction Owners Association of America, and the Engineering Society of Detroit. 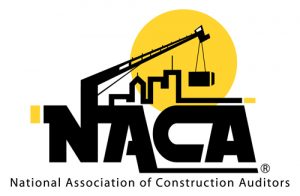 "Understanding the Advantages of Audit & the Auditor Role" Written by Jake Ortego CCA - our regular Conference emcee & presenter and member of the NACA Advisory Board. For Construction Business Owner magazine.